This clock is 5" square and will fit in anywhere and, unlike some of the clocks nowadays, won't disturb your peace of mind by being in your face. I have a clock in my kitchen and nobody knows its there except me. It's even smaller than this one. It was a friend who gave me the idea. She came to me a few years back asking for a discreet little clock and we came up with a 3" x 3" which she put on the window frame in her kitchen. Since then Mauricio has made many of these little clocks for friends (He has never attempted to market them). Anyway, even though this little clock here is a giant compared to the even smaller ones it is nonetheless a discreet little clock! 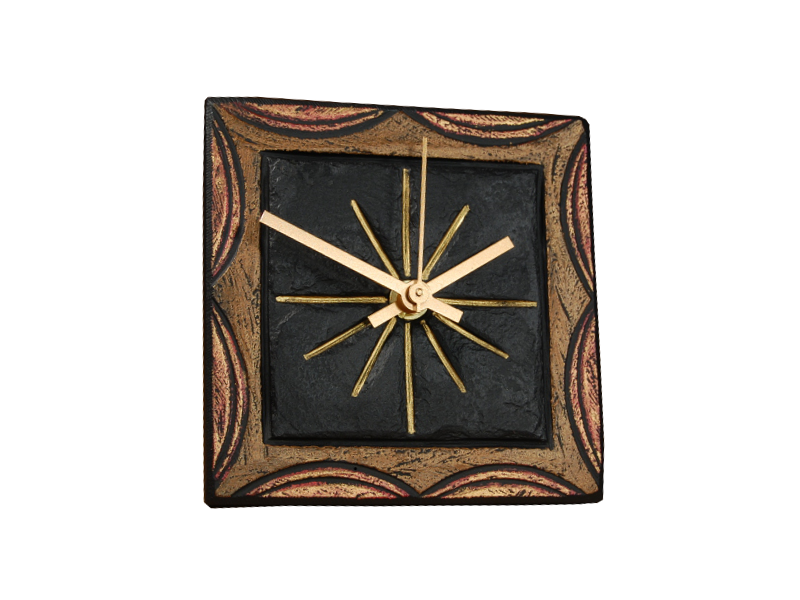